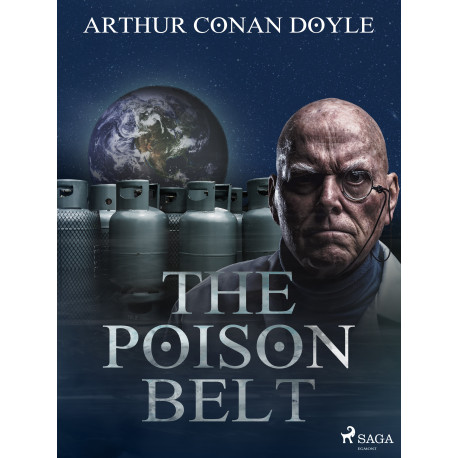 "Bring oxygen – Challenger." The gang from ‘The Lost World’ is back together, but the reunion is much more dramatic than they had hoped. As Professor Challenger has predicted, the Earth is moving into a belt of poisonous ether and their only chance of survival is joining him in his house and watch the whole shebang go down together. Though very different from the first in the series, ‘The Poison Belt‘ (1913) is equally interesting and can be enjoyed in its own right. Like in his Sherlock Holmes series Conan Doyle displays, in the Challenger books, a knack for writing memorable characters and situations; his description of people going crazy from the ether will have you in hysterics.

Sir Arthur Conan Doyle (1859-1930) was a British writer, best known for his thrilling stories about the adventures of the detective Sherlock Holmes. He published four novels and more than 50 short stories starring Sherlock Holmes and Dr. Watson. The stories are seen as important milestones in the history of crime fiction.