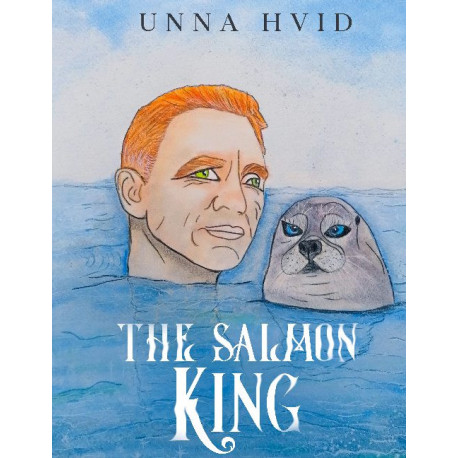 "But The Salmon King was still not entirely satisfied. And when men, whether of jotun descent or human blood, reach out for more than there is to take, good fortune can turn against the brave and arouse not only the wrath of men but also of the Invisible".
The Salmon King takes place on the Island of Eysturoy in the Faroe Islands in both the past and present. The story is rooted in the history and folklore of the Faroe Islands and is inspired by old legends, folk ballads, and beliefs, in a modern setting with quota barons and salmon farming. And maybe there are still invisible forces at play in the magical Faroese nature?
The Salmon King is the first volume in a planned series of modern tales from all the Nordic countries. The series is also published in Danish and is colourfully illustrated by Unna Hvid in watercolour / mix media.