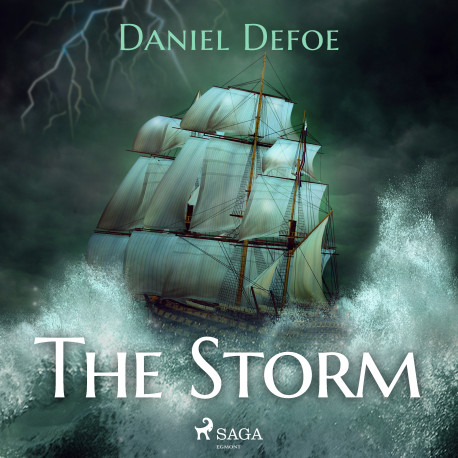 "The Storm" (1704) is a founding document of modern journalism. It tells of the events of November 1703, when a hurricane struck Britain. It is composed of verbatim eyewitness accounts, solicited from survivors through a newspaper advertisement that Defoe placed shortly after the hurricane struck.This account remains a required reading for journalism students to this day. Daniel Defoe (c. 1660-1731) was and English writer and spy. His most famous novel, "Robinson Crusoe" (1719), is one of the earliest novels ever written, making Defoe a founding figure of the English novel. He is also remembered for his "Moll Flanders" (1722) and "Journal of the Plague Year" (1722), which remains a required reading for journalism students to this day, side-by-side with the non-fiction account of "The Storm" (1704). He wrote more than three hundred books, pamphlets and journals in his lifetime and was often in trouble with the authorities.