Those We Forget (bog, hardback, engelsk) 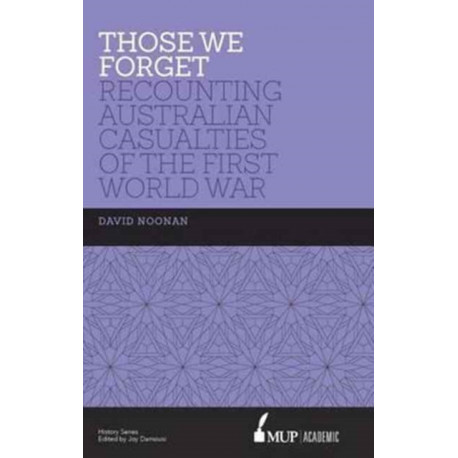 The official Australian casualty statistics for the men of the Australian Imperial Force in the First World War are seriously wrong, with significant inaccuracies and omissions. The startling findings in this study, which began when author David Noonan first read the letters written by his grandfather from the Western Front, rewrite Australia's casualty statistics of the First World War.