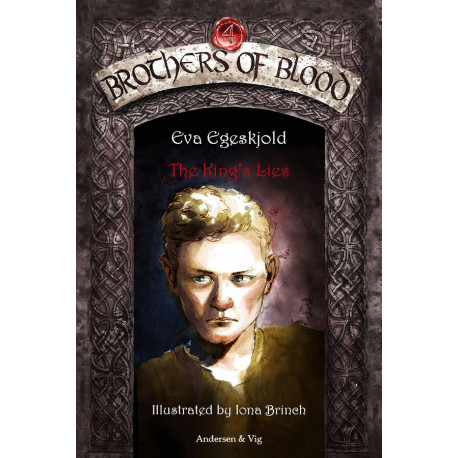 Læseprøve
Kort beskrivelse
A richly illustrated fantasy tale about two young boys who become friends despite of war and their very different lives in a world full of magic.

Fourth volume of the fantasy tale about Laust and Bjarke - two boys who – despite of quite different living conditions – become friends and unite in fighting the king. The series consists of five volumes.

Review by Hanna and Edward Broadbridge:

'A storyline that keeps the reader on tenterhooks: two young heroes fighting for their lives in a world at war; castles and corridors, forests and monsters, paintings in blood and deep dark magic. ‘Brothers of Blood’ is a tour de force in this popular genre; join the brothers on their quest for justice!'

In real life Bjarke is the son of the author. He and Laust have been friends since they started school. The tale 'Brothers of Blood' has been developed in cooperation with the boys who have also lent their names and appearance to the story's two main characters.

The series is also published in danish under the title 'Brødre af Blodet'. Primarily readers 9-13 years of age.