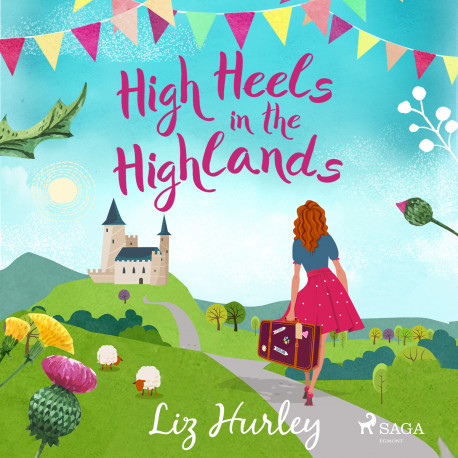 Clementine’s swapped a London flat for a Scottish castle – but will she get her fairytale ending?After discovering they had inherited an enormous fortune, as well as the titles of ‘Lady’, the lives of the five Hiverton sisters have never been the same.While oldest sister Ariana settles in Norfolk, fashion designer Clementine heads to the Scottish Highlands to investigate their newly inherited castle. Not bad for a girl brought up in poverty in a tiny house in East London...However, Lady Clem quickly finds out that Ruacoddy Castle is falling to pieces, the neighbours – especially grumpy young farmer, Rory – are suspicious of her and the eccentric housekeeper, Ottoline, is still in residence.But just as Clem starts to embrace her new life in the Highlands, growing closer to Rory and forming a friendship with Ottoline, she stumbles upon a secret in the attic that could destroy the Hiverton family. Can she save the castle as well as her family’s reputation?What happens when an unstoppable force meets an immoveable object?Take a trip to the gorgeous Scottish countryside with this utterly feelgood and hilarious read – fans of Jenny Colgan, Holly Martin and Cressida McLaughlin will love this! Liz Hurley became a professional librarian for the money and the glamour. Not finding quite enough of either, she set up a bookshop with her husband in Cornwall. She didn’t find much there either so she started writing. Now she has loads of money and glamour but only in the pages of her books!