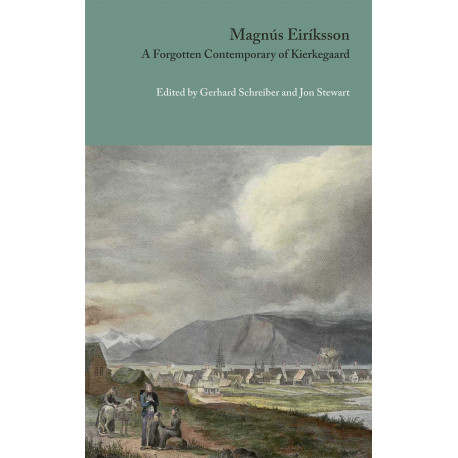 The present volume is the first anthology devoted to the Icelandic theologian and religious author Magnús Eiríksson  (1806-81), a forgotten contemporary of Søren Kierkegaard in Golden Age Denmark. With his remarkably modern views, thoughts and ideas of society, politics, and religion, Eiríksson has taken on the role of a widely unknown pioneer in various contexts. As early as in his debut book, On Baptists and Infant Baptism (1844), Eiríksson made a name for himself as a devoted advocate of tolerance and freedom of thought and conscience in matters of religion. Although Eiríksson's numerous and multifaceted writings provoked a wide spectrum of reactions by members of the Danish society, the central figures at that time constantly took care to avoid engaging Eiríksson or his ideas in public debate and instead met him with "lofty silence."The present volume aims to end this silence, which has continued after Eiríksson's death, and it marks the beginning of a serious discussion of Eiríksson's works and ideas. The articles featured in this anthology are written by international scholars from different fields. With its strategic organization the collection covers the key topics of Eiríksson's writings and provides insights into his historical-cultural background. Understanding Eiríksson's polemics with his Copenhagen contemporaries - such as Hans Lassen Martensen, Henrik Nicolai Clausen, N.F.S. Grundtvig and Søren Kierkegaard - on some of the main theological issues of the day sheds light on the period as a whole and provides a new perspective on the complex and diverse discussions concerning religion in the Golden Age.