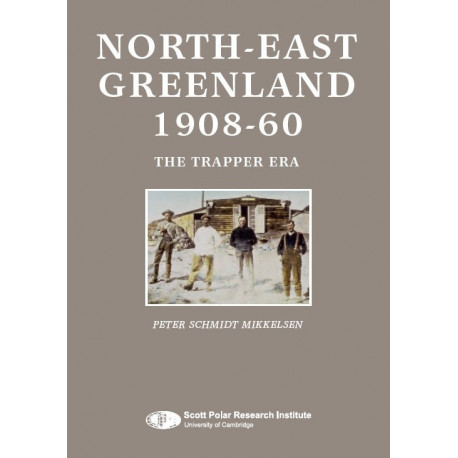 This is an English edition of NORDØSTGRØNLAND 1908-60 - The Trapper Era. This updated and enlarged translation of the classic Danish edition from 1994 has been published in response to the request of the increasing number of English-speaking scientists, adventurers and tourists visiting North-East Greenland. But it's much more than a translation. The book is the overall account of places and people during the pioneer era in the largest national park on Earth: North-East Greenland. It also contains a large amount of new material, recorded by the NANOK-expeditions in 2003-2007 and published here for the first time. It includes an entirely revised catalogue over the more than 350 historical trappers’ huts and houses with GPS-positions as well as new and old photos. A number of newly discovered historical photos are also published here for the first time. In total the book has more than 1,000 photos of places and people, more than twice as many as in the Danish edition. The book is based on about 500 different sources: published books as well as private diaries and the author’s interviews and correspondence with hundreds of pioneers and key persons over more than thirty years. Publisher: Scott Polar Research Institute - University of Cambridge. Language: English. Peter Schmidt Mikkelsen is a former member of the renowned Danish military dogsledge patrol Sirius. He is a co-founder of the North-East Greenlandic
Company Nanok and its director since 1999.