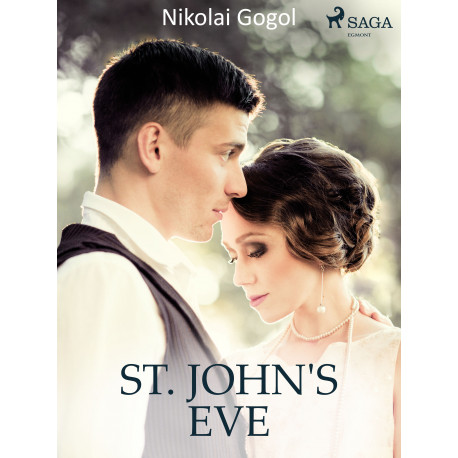 How far will a man go for love? The short story "St. John's Eve" by Nikolai Gogol from the 19th century recounts the sinister events that transpired in a poor hamlet generations ago, as relayed by the narrator's grandfather. In a village that no longer exists, a young man called Petro falls head over heels for a beauty, whose father disapproves of the union. Petro is determined to win the hand of the woman of her choosing and solicits an ominous local associated with the devil himself to help him. The consequences are wicked and dangerous and cannot be reversed. The story provided inspiration for Modest Mussorgsky's tone poem Night on Bald Mountain and was adapted into the Soviet-Ukrainian movie The Eve of Ivan Kupalo (1968).

Ukrainian-born writer and dramatist Nikolai Gogol (1809-1852) is considered one of the most prominent figures in Russian literature. His unconventional works are often touched by folklore or a hint of the unusual, providing the reader with surprising turns and characters. Gogol has been attached to a range of different literary styles, including Russian literary realism and even surrealism. His stories include the short story "The Nose" and the famous satirical novel Dead Souls. Gogol's works have inspired numerous stage, film and television adaptations including the movie Inspector General (1949), based loosely on his play with the same name.