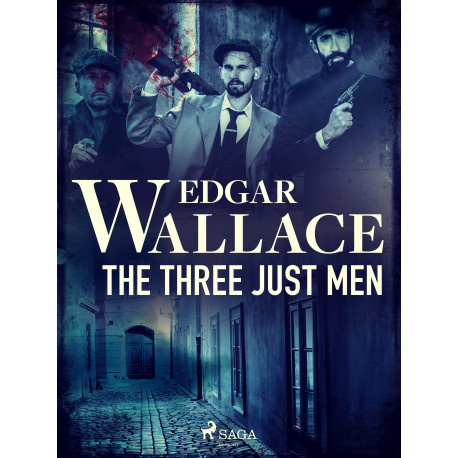 ‘The Three Just Men’ belongs to the famous ‘Four Just Men’ anthology created by Edgar Wallace, and follows the vigilante group at the later stages of their lives. They are older now and they’ve changed, they operate within the law to serve justice now. They are much more human, they make mistakes, they feel the dread of fear and they fall in love. At its core however it is still a punchy fast packed thrill ride full of sensational, action absurdity as the just men go about doling out justice one last time in this satisfying end to their action packed anthology. If you love ‘Mission Impossible’ with it’s world defying gadgets this novel is perfect for you. Edgar Wallace (1875-1932) was an English writer, poet and journalist. He was such a prolific writer that his publisher claimed his work could account for a quarter of all books sold in England. He wrote countless books, screenplays, poems and historical non-fiction, spawning over one hundred and sixty films based on his work. He unfortunately passed away suddenly before he could see his most famous creation ‘King Kong’ come to life. It has been adapted several times over the years, notably by Peter Jackson of Lord of the Rings fame, and more recently in ‘Godzilla vs Kong’ starring Millie Bobby Brown.