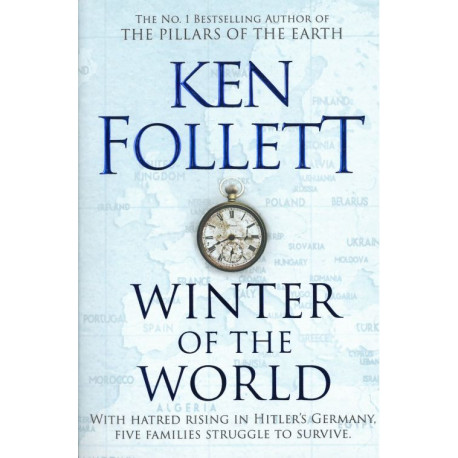 Winter of the World is the second novel in Ken Follett's uniquely ambitious and deeply satisfying Century trilogy. On its own or read in sequence with Fall of Giants and Edge of Eternity, this is a magnificent, spellbinding epic of global conflict and personal drama! - 1933, and at Cambridge, Lloyd Williams is drawn to irresistible socialite Daisy Peshkov, who represents everything that his left-wing family despise, but Daisy is more interested in aristocratic Boy Fitzherbert, a leading light of the British Union of Fascists. Meanwhile, Berlin is in turmoil. Eleven-year-old Carla von Ulrich struggles to understand the tensions disrupting her family as Hitler strengthens his grip on Germany. Many are resolved to oppose Hitler's brutal regime - but are they willing to betray their country? Shaken by the tyranny and the prospect of war, five interconnected families' lives become ever more enmeshed. An international clash of military power and personal beliefs is sweeping the world, but what will this new war mean for those who must live through it?