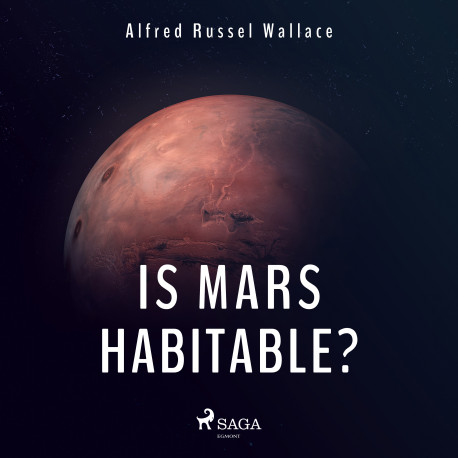 "Few persons except astronomers fully realise that of all the planets of the Solar system the only one whose solid surface has been seen with certainty is Mars."
In 1907, Alfred Russel Wallace wrote the short book "Is Mars Habitable?" in response to Professor Percival Lowell's book "Mars and its Canals." The latter seemed to invalidated the claims Wallace made in his 1902 book "Man's Place in the Universe," in which he came to the conclusion that Mars was not habitable.
In order to write this new volume, he embarked on months of research, interviewed experts, and scrupulously studied the martian climate and atmospheric conditions. Wallace points out that there are no signs of water vapour in Mars’ atmosphere, and that Lowell’s analysis of its climate was seriously flawed in several other aspects, which he discusses in detail here.

Alfred Russel Wallace (1823-1913) was British naturalist, biologist, anthropologist, geographer and explorer. He was the first researcher to seriously try to gauge the likelihood of life on other planets, which he discussed in his 1902 "Man's Place in the Universe."