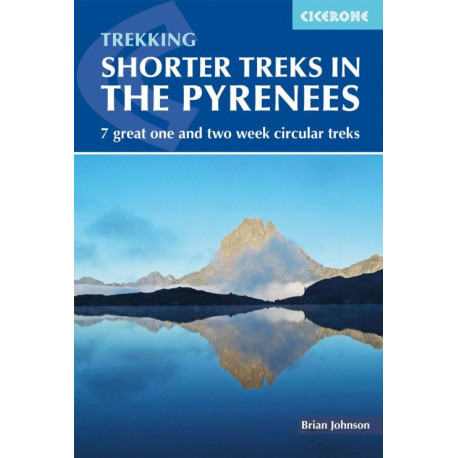 A guidebook to seven circular treks exploring the Pyrenees of France and Spain. Seven 1 or 2 week routes in dramatic mountain scenery, including the Pic du Midi d'Ossau, Vignemale, Ordesa Canyon, Gavernie, Puigmal and Canigou. Using mostly waymarked mountain paths, with some boulderfield or easy scrambling, the treks are designed with accommodation in mountain refuges or mountain villages at the end of each stage, though there are plenty of options to camp for those who prefer to backpack. Detailed descriptions for each stage of the route are accompanied by sketch maps and elevation profiles, and there are notes on planning, equipment and access. The Pyrenees stretch 400km from Atlantic to Mediterranean, forming a barrier rising to over 3000m between France and Spain. The steep rolling hills of the Basque Country give way to the spectacular alpine peaks and passes of the High Pyrenees and the gentler mountains of eastern Catalonia. With variants and options for shortening the route, or adding the ascent of nearby peaks, the treks featured in the guidebook are a perfect base for discovering this magnificient and varied mountain range.