The Coddling of the American Mind: How Good Intentions and Bad Ideas Are Setting Up a Generation for Failure (bog, engelsk) 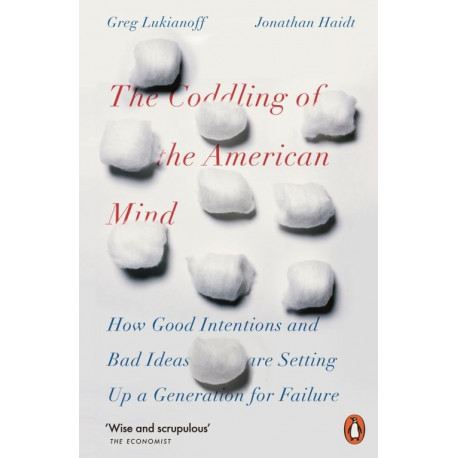 The New York Times bestseller, Financial Times, TLS, Evening Standard, New Statesman Books of the Year! Have good intentions, over-parenting and the decline in unsupervised play led to the emergence of modern identity politics and hypersensitivity? In this book, free speech campaigner Greg Lukianoff and social psychologist Jonathan Haidt investigate a new cultural phenomenon of "safetyism", beginning on American college campuses in 2014 and spreading throughout academic institutions in the English-speaking world. Looking at the consequences of paranoid parenting, the increase in anxiety and depression amongst students and the rise of new ideas about justice, Lukianoff and Haidt argue that well-intended but misguided attempts to protect young people are damaging their development and mental health, the functioning of educational systems and even democracy itself. A searing analysis of the disturbing trends in universities and a must read for parents everywhere.