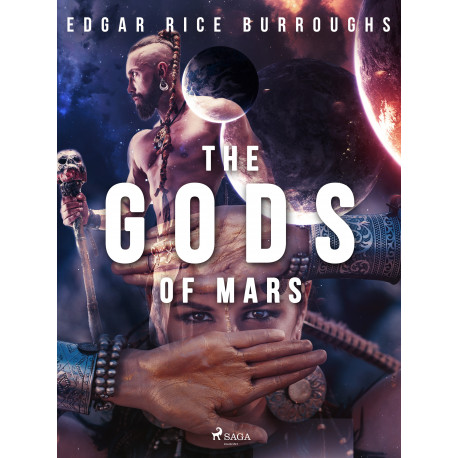 After ten long years away from Barsoom and his beloved red Martian princess Dejah Thoris, John Carter is finally back! Unfortunately, Carter appears in the one place on Barsoom from which nobody is allowed to depart... The second installment in Edgar Rice Burroughs's classic sci-fi Mars series, "The Gods of Mars" is the thrilling follow-up to "A Princess of Mars".

Edgar Rice Burroughs (1875-1950) was an American novelist. His most notable creations include the heroic Mars adventurer John Carter, who first appeared in "A Princess of Mars", and the jungle hero Tarzan, also known from the now classic 1999 Disney adaption, voiced by Tony Goldwyn, Minnie Driver, Glenn Close, and Rosie O’Donnell.